Since last year, the fruit sector in Brazil has found it difficult to deliver merchandise and meet foreign demand. As a result of the Coronavirus pandemic and the restrictions imposed by important consumer countries, the volume exported has decreased and the sector has since been looking for ways to overcome the difficulties.

Alexandre Duarte, director of logistics for Abrafrutas, explains that in 2020 the reduction in the flow of airplanes from the Americas, Asia and Europe was significant, directly impacting fruit exports, mainly mango and papaya, products considered as "flagships" of Brazilian exports.

The problem started with the decrease in commercial flights, a consequence of the sanitary restrictions imposed around the world. According to Alexandre, the condition started to become more critical because exports are made precisely with this logistics.

"Commercial airplanes have been used for many years to make this export. This is because the cargo plane, for example, transports 90 tons of product. In the case of commercial aircraft, in addition to the daily flow, we were able to transport between 15 and 20 tons. So instead of putting everything in one day, we make sales little by little and that supports the demand ", says the specialist.

From the moment that airline companies registered a drop in flights, without passengers, the sector started to face difficulties for exports. The consequence of this was a significant loss of fruit last year, since even though it was passed on to the domestic market, the product was not actually consumed.

"We need to remember that even in the domestic market we had that moment of uncertainty", he comments. He adds that the product, which has a higher cost and consequently a higher price for the final consumer, had to compete for fruits already destined for the domestic market, and without consumption they had to be discarded.

According to Alexandre, one of the alternatives found by the sector was when the airlines transformed commercial flights into freighters. That is, they used the places that would be for passengers to transport cargo. "The demand for vaccination supplies and medicines is high, so we started using these spaces", he says.

Regarding the numbers, Alexandre points out that exports had a drop of 40% in relation to the products offered for world demand. On the financial side, the impact was 7%, and minimized by the rise in the dollar. "The products, even on a smaller scale, that are being sold, are having a more valued price due to the appreciation of the dollar against the real", he adds.

Among the main destinations, the restrictions are still valid. With the discovery of the new Coronavirus strain in Amazonas, relations became even closer. "It has been almost 15 years since Brazil became a hostage to international aviation. In the past we had other national companies that saved us in times of crisis. Today we have Azul, which is a great company, but with few international destinations ", he says.

Alexandre points out that the expectation is that mass vaccination will result in good results, thus returning to normal operations. It reinforces that it is important for the producer to understand that this is not a problem faced only in Brazil, but worldwide. "It is not just a problem in Brazil, apart from the United States that has not stopped at any time, all other countries face great difficulties. The solution is mass vaccination ", he concludes. 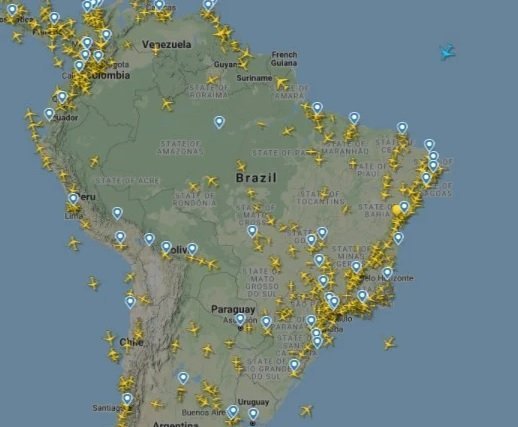 Flay radar shows condition of flights in Brazil, at 1:20 pm this Friday 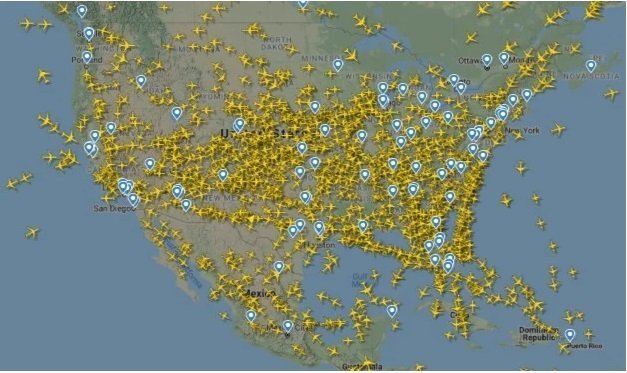 At the same time, air movement in the States is much more intens