Rural consumers represent about 7% of the total 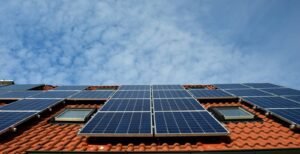 The source of photovoltaic power generation grows every year in Brazil and has just passed a new brand. According to a survey by the Brazilian Solar Photovoltaic Energy Association (ABSOLAR), there are already more than half a million consumer units.

Since 2012, the generation distributed from the solar source has already represented more than 4.6 gigawatts of installed operational capacity, being responsible for attracting more than R $ 23 billion in new investments to the country, adding more than 140 thousand jobs accumulated in the period , spread across the five national regions.

In installed power, residential consumers lead the use of photovoltaic solar energy, with 38.9% of the installed power in the country, closely followed by consumers from the trade and services sectors (37.8%), rural consumers (13.2 %), industries (8.8%), public authorities (1.2%) and other types, such as public services (0.1%) and public lighting (0.02%).

Historical survey carried out by ABSOLAR shows that, in the last twelve months, more than 249 thousand new consumer units were added with distributed generation from the solar source in Brazil, that is, the number of units doubled in comparison with the previous period.

Although it has advanced in recent years, Brazil – holder of one of the best solar resources on the planet – still has a very small market in distributed generation, since it has more than 86.3 million consumers of electricity and less than 0, 6% use the sun to produce electricity.

“Solar energy will play an increasingly strategic role in achieving the country's economic development goals, especially at this time, to help the economy recover after the pandemic, since it is the renewable source that generates more jobs in the world”, points out the CEO of ABSOLAR, Rodrigo Sauaia.

“In the past five years, distributed solar generation has grown on average over 200% per year in Brazil. This development has brought benefits to those who have and who do not have solar at home ”, comments the president of the entity's Board of Directors, Ronaldo Koloszuk.